I think this idea is terrible until we solve the storage problems, the contamination in production problems and the energy deficit problems. Still i said this meditation was all about what “leftist” columnists think.

Yes, yes, I know that the idea of an Apollo program to make America energy-independent has been proposed so often that it’s become a cliche. Inevitably, such proposals collapse into arrant tree-huggery and eat-your-peasitude. A tax on fossil fuels, often camouflaged as cap and trade, inevitably lurks in the background. And yes, yes, I’m in favor of such a tax, but the public isn’t, and the Republicans certainly aren’t, and Kennedy never imposed a moon tax. But there are aspects of a clean-energy program that Republicans can support. Republicans are in favor of national security, which is where the Operation Free tactics may be of great use. And Republicans like nuclear power.

When Dwight Eisenhower wanted to build an expensive, national superhighway system inspired by the autobahns he’d seen in Germany during World War II, he proposed the National Interstate and Defense Highways Act. If Obama wants to get a major stimulus program through the next Congress, he should propose the National Defense Nuclear Power Act. And make it big: a plan to blast past the current financing and licensing quagmires and break ground on 25 new nuclear plants between now and 2015. (See why Obama’s nuclear bet may not pay off.)

Some environmentalists still see nuclear power as unclean, though their argument has been wilting over time as France and Japan, among others, have proved the safety and efficacy of such power and climate change has emerged as our most pressing environmental problem. There will be those who argue, correctly, that given the current abundance of natural gas, nuclear power is too expensive — but it won’t be in the future, and the price can be dramatically reduced if the government provides direct, no-interest construction loans rather than loan guarantees. The coal companies won’t like it either. After all, a robust nuclear-power program will have more impact on domestic coal than on foreign-oil consumption. But who cares? The program would be wildly stimulative: 25 new plants could produce more than 70,000 construction jobs. Nuclear energy produces about a fifth of U.S. electricity now; this could raise that figure closer to a third. And the loans will be paid back, over time, by utility customers.

The National Defense Nuclear Power Act isn’t the comprehensive energy plan we need. It’s classic eat-your-ice-cream governance. But it’s a start. And we need to get started.

Here is the invite for the next “Open House” for high speed rail. I know that the above image is not screen centered, but you can see the important stuff and you can go to the websites listed above to see the whole thing.  More tomorrow.

From:
This sender is DomainKeys verified
“martina seamus” <martinaseamus@gmail.com>

How are you? it’s glad to know you from Internet and know you interested in solar energy products, please allow me to introduce my factory to you and to see:

We are one of manufacturer and mainly produce solar energy products: solar street light(LED), solar home system, solar panel, solar water heater, etc. in China. most of products met ICE, UL, CE homologation. if you want to know more information about us, please send email to: martinaseamus@gmail.com or Skype: martinaxie ; which we will support what you need soonest. our website under construction, please understand, thanks a lot!

Now i attached one of products catalogues for you study. of course which you can tell us which produce you prefer.

If you have other business need help in China, which i can give you a hand.

Looking forward to hear from you, 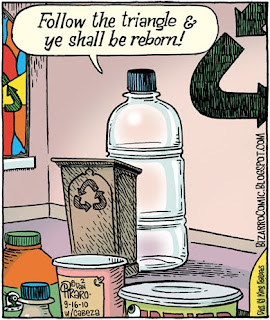 But when it comes to the Economy they are so far off the mark that they don’t even understand that market restriction (regulation) is the only way for capitalism to survive. The Utility Industry is a perfect example.