There appears to be 2 schools of thought here. Or maybe three. The first is the literal image itself, that of asking to get into heaven. Instead of an automatic sorting mechanism  for heaven and hell maybe everyone has to ask to get in. A second though closely related meaning is that someone is lucky enough to escape hell but then are left knocking at a closed gate because they do not deserve to get in. But most are struck by its symbolic “nearness” to the act of Luther nailing his list of “short comings” on the Catholic Church’s door and the Protestant Reformation that followed:

Indeed the comparison to the ever opening of the 5 dominate religions (Chinese tao/numerology/spirits, Jewish, Hindu, Christian and Muslim, in no particular order) to include and love more “unlike” individual is the knocking I hear.

So,.. it is change you hear blowing. The general public has been treated to the coal/oil/natural gas chorus for years, “Alternatives will never do it all! We will need all forms of energy to supply all the needs!” This is nothing more than a complicated hiding behind your mother’s skirt form of argument. Or a slightly loopy form of the ugly stepchild argument – “he maybe ugly but he is related by marriage”. But now we all know that wind ALONE can supply all the power we need…DUH 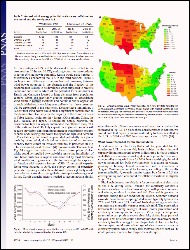 In the lower 48 states, the potential from wind power is 16 times more than total electricity demand in the United States, the researchers suggest.

Global wind energy potential is considerably higher than previous estimates by both wind industry groups and government agencies, according to a Harvard University study published last week in the Proceedings of the National Academy of Sciences of the United States.

Using data from thousands of meteorological stations, the Harvard team estimated the world wind power potential to be 40 times greater than total current power consumption. A previous study cited in the paper put that multiple at about 7 times.

In the lower 48 states, the potential from wind power is 16 times more than total electricity demand in the United States, the researchers suggested – significantly greater than a 2008 Department of Energy study that projected wind could supply a fifth of all electricity in the country by 2030.

While remote regions of Russia and Canada have the greatest theoretical potential, the Harvard study pointed out that there are real gains to be made in high-emission nations, especially China, which has been rapidly constructing coal plants. “Large-scale development of wind power in China could allow for an 18-fold increase in electricity supply relative to consumption reported for 2005,” the Harvard study said.

The findings are “further validation of what we’ve been saying – that the United States is the Saudi Arabia of wind,” said Michael Goggin, an electricity industry analyst for the American Wind Energy Association.

The authors based their calculations on the deployment of 2.5- to 3-megawatt wind turbines situated either in accessible rural areas that are neither frozen nor forested, or relatively shallow offshore locations. They also used a conservative 20 percent estimate for capacity factor, a measure of how much energy a given turbine actually produces.

So maybe everyone should buy one of these:

Southwest Windpower is the world’s leading producer of small wind turbines. Since 1987, we’ve pioneered new technologies to make renewable energy simple. Whether you’re looking to reduce your home electric bills or power a home, boat or business off the grid, we offer a range of wind power systems to help you.

or one of these: