But will it ever work out? I have no idea but there are still interesting things happening. I know this is kind of the back water from the Russian and the European efforts. Yes – God knows what China is doing. They have their own tokamak but they do not publish much about it. Still I thought this was interesting. How can you argue with Popular Mechanics.  They will probably one day get one to work. Plus it has a real cool animation. I am a sucker for those things. 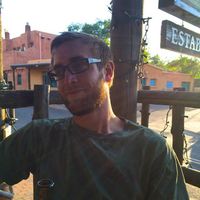 The stellarator fell out of favor in the late 1960s. The device, a magnetic-confinement fusion reactor named for the sun, was shoved to the side after Soviet scientists revealed their tokamak design to the world in 1968. The tokamak has been the preferred design for fusion reactors ever since, but the stellarator might be making a comeback.

German scientists at the Max Planck Institute for Plasma Physics (IPP) built a stellarator called the Wendelstein 7-X that was switched on for the first time in 2015. Previous tests pushed the plasma in the reactor to higher temperatures and densities than ever before achieved in a stellarator, and now the IPP reports that it has broken its old records in a new test with upgraded components on the Wendelstein 7-X.

A stellarator is similar to a tokamak in that both devices use large superconducting magnets to suspend hydrogen plasma and heat it to the temperatures and pressures required to fuse the material into helium. (The Wendelstein 7-X consists of 50 superconducting magnet coils about 3.5 meters high.) The stellarator, however, traps the plasma in a twisting and spiraling shape, rather than the torus (doughnut shape) of a tokamak. The twisting path of a stellarator is designed to cancel out instabilities present in the suspended hydrogen plasma.