For updates on the Oil Spew please go to too:

For today however and unless there are dramatic developments we go back to our focus on energy usage and the environment: 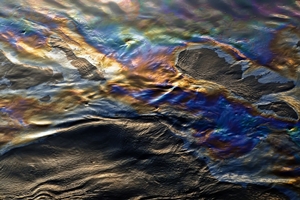 If we don’t choose to wean ourselves off oil, coal, and gas, nature will force us to quit cold turkey.

We’ll eventually kick our fossil fuel habit. We have no choice. If peak oil doesn’t dictate the terms and timing, then climate change will force our hand. And recent events in the Gulf of Mexico reveal more immediate dangers.

Yet our response to these threats remains tepid, insufficient by any measure. Serious action is aggressively opposed by those who hold out an irrational hope that business-as-usual might continue. We seem content to let nature decide the terms and conditions on which we kick the habit. Why?

But this assumption is flat-out wrong.

Clean energy – mainly solar, geothermal, hydro, wind, and unconventional biofuels – is perfectly capable of powering our economy. It can be made reliable, large-scale, and cost-effective. But that’s true only if we commit to build clean energy infrastructure on a scale comparable to the fossil-fuel apparatus built over the past century. That scale is enormous.

The U.S. Energy Information Agency estimates we need to invest more than $45 trillion in our energy infrastructure over the next 40 years to meet future demand. That’s the kind of money we invest in fossil fuels. It’s only fair then to ask how clean energy might perform with similar levels of capital. What do you get for a trillion dollars?

That’s just the question I’ll ask in a series of 10 articles on The Mark about clean energy over the coming weeks. The answers may surprise you. Some clean technologies scale up, bringing costs down. Others hit supply constraints and can’t substantially displace fossil fuels. But make no mistake – clean energy performs if given a fair shake.

At that scale of investment, giant solar plants produce energy well after the sun goes down, at a lower cost than melting tar. Unconventional bio-fuels grown in the desert replace half the world’s oil supply. By drilling for heat instead of oil, we use enhanced geothermal energy to replace North America’s entire coal infrastructure. Our aging grid is replaced by a new continent-wide energy internet, which connects multiple, distributed energy sources.

We’re kidding ourselves if we think we can escape peak oil or move the needle on carbon emissions for anything less than trillions. Spending that much may sound absurd. But what’s the cost of the war in Iraq? According to economist Joseph Stiglitz, it’s about $3 trillion. The liquidity injected to save North American banks was more than three times that much.

2 thoughts on “So, Do We Have To Put Up With What Is Happening In The Gulf – NO”