This is a first for this blog. We have never posted an “OP/ED” piece before, but Ms. Granholm knows what she is talking about. So listen up!

Extreme weather keeps knocking out America’s power. Here’s what we must do

Jennifer M. Granholm is the 16th United States Secretary of Energy. The opinions expressed in this commentary are her own. 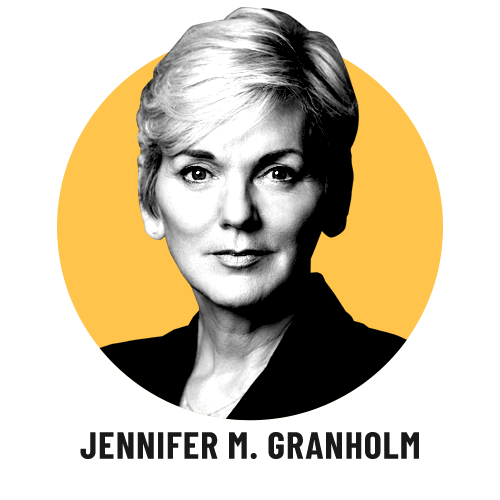 The image of a collapsed electrical tower and power lines that Hurricane Ida tossed into the Mississippi River illustrated a fundamental challenge facing the nation: Our power systems weren’t built to withstand extreme weather events. Without major investments to reinforce, modernize and clean our grid, the question will not be whether it fails, but when.

Over the year, we’ve gotten a full view of the dangers ahead. Even before Ida, we had wildfires and heatwaves threatening to overload the grid, droughts straining hydropower generation, and a polar vortex that froze gas production. This pummeling is part of a long trend driven by climate change — one that will continue to worsen if we keep spewing carbon pollution.
As UN Secretary-General António Guterres has said, this is a code red for humanity. But luckily, the Biden administration has a plan to respond: the Build Back Better Agenda, which will make essential crucial investments to protect our infrastructure against climate impacts, and put our nation on track to build a clean energy economy.
While some have questioned the scope of the President’s historic proposals, we should weigh their concern alongside the exponentially skyrocketing costs of cleaning up after extreme weather events. In the 1980s, it cost about $18 billion a year to clean up after climate disasters. Then the extreme weather intensified, so the costs ballooned. In the 1990s, we spent about $27 billion annually to clean up. In the 2000s, it cost almost $52 billion annually. In the 2010s, cleanup costs exploded to $81 billion. Then in the last five years, we’ve spent a whopping $121 billion per year to clean up after an angry Mother Nature.