Anytime the police saw long hair, they presumed that there was drugs involved. My girlfriend had a nickname for me. She called me PC and it did not stand for politically correct. It stood for Probable Cause.

At that time I had a brother who rode around with me a lot. He did not like the police – he called them PIGS. So when I got pulled over and he was along he would start making PIG noises.

So I wanted to “kill” them both because the situation was so stupid. I believe that is what Obama meant but did not say, that the situation was STUPID not the people involved because see when you call people stupid they go getting all there back up and stuff. So in that spirit the next several posts will look at things in the environment and energy world that I think are stupid. A list follows:

Apples in Illinois in the Winter

Since I owe Dan Piraro for letting me post his cartoons and I share his concerns, Let us start with the last one first. If we are going to admit that Burning Things is Stupid (more on that later) then we have to admit that there are only several sources of legitimate power. These are geothermal, tidal, wind and solar. Just to keep things simple while this is a lot of power it is still finite. ALL food is solar power. No Sun no food. So when we become rational and we may be in the process of doing that, would we eat meat? The answer is probably not. Here is Dan and the Washington Post’s take on it: 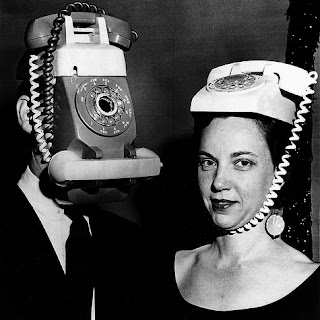 If you are a person concerned with what you can do to help mitigate climate change, read this short article from the Washington Post.
http://www.washingtonpost.com/wp-dyn/content/article/2009/07/28/AR2009072800390.html:}

The Meat of the Problem

The debate over climate change has reached a rarefied level of policy abstraction in recent months. Carbon tax or cap-and-trade? Upstream or downstream? Should we auction permits? Head-scratching is, at this point, permitted. But at base, these policies aim to do a simple thing, in a simple way: persuade us to undertake fewer activities that are bad for the atmosphere by making those activities more expensive. Driving an SUV would become pricier. So would heating a giant house with coal and buying electricity from an inefficient power plant. But there’s one activity that’s not on the list and should be: eating a hamburger.

If it’s any consolation, I didn’t like writing that sentence any more than you liked reading it. But the evidence is strong. It’s not simply that meat is a contributor to global warming; it’s that it is a huge contributor. Larger, by a significant margin, than the global transportation sector.

According to a 2006 United Nations report, livestock accounts for 18 percent of worldwide greenhouse gas emissions. Some of meat’s contribution to climate change is intuitive. It’s more energy efficient to grow grain and feed it to people than it is to grow grain and turn it into feed that we give to calves until they become adults that we then slaughter to feed to people. Some of the contribution is gross. “Manure lagoons,” for instance, is the oddly evocative name for the acres of animal excrement that sit in the sun steaming nitrous oxide into the atmosphere. And some of it would make Bart Simpson chuckle. Cow gas — interestingly, it’s mainly burps, not farts — is a real player.

But the result isn’t funny at all: Two researchers at the University of Chicago estimated that switching to a vegan diet would have a bigger impact than trading in your gas guzzler for a Prius (PDF). A study out of Carnegie Mellon University found that the average American would do less for the planet by switching to a totally local diet than by going vegetarian one day a week. That prompted Rajendra Pachauri, the head of the United Nations Intergovernmental Panel on Climate Change, to recommend that people give up meat one day a week to take pressure off the atmosphere. The response was quick and vicious. “How convenient for him,” was the inexplicable reply from a columnist at the Pittsburgh Tribune Review. “He’s a vegetarian.”

Did you get the half hearted humor – gut check?