Chernobyl symbolized the beginning of the end for me. Man had shown his weakness against forces that he unleashed on the Earth. If that was true then it was only a matter of time before the jinny or jin coalesced and demanded his due. The sum of which men could not produce. So the sword would fall on all our necks. But every once in awhile there is cause for hope.

Three decades after the Chernobyl disaster—the world’s worst nuclear accident—signs of life are returning to the exclusion zone. Wild animals in Chernobyl are flourishing within the contaminated region; puppies roaming the area are capturing the hearts of thousands. Tourists who have watched the critically acclaimed HBO series Chernobyl are taking selfies with the ruins. Once thought to be forever uninhabitable, the Chernobyl Exclusion Zone has become a haven for flora and fauna that prove that life, as they say in Jurassic Park, finds a way.

1. The Animals of Chernobyl Survived Against All Odds

The effects of the radioactive explosion at the Chernobyl nuclear power plant on April 26, 1986 devastated the environment. Around the plant and in the nearby city of Pripyat in Ukraine, the Chernobyl disaster’s radiation caused the leaves of thousands of trees to turn a rust color, giving a new name to the surrounding woods—the Red Forest. Workers eventually bulldozed and buried the radioactive trees. Squads of Soviet conscripts also were ordered to shoot any stray animals within the 1000-square-mile Chernobyl Exclusion Zone. Though experts today believe parts of the zone will remain unsafe for humans for another 20,000 years, numerous animal and plant species not only survived, but thrived.

2. Bears and Wolves Outnumber Humans Around the Chernobyl Disaster Site

While humans are strictly prohibited from living in the Chernobyl Exclusion Zone, many other species have settled there. Brown bears, wolves, lynx, bison, deer, moose, beavers, foxes, badgers, wild boar, raccoon dogs, and more than 200 species of birds have formed their own ecosystem within the Chernobyl disaster area. Along with the larger animals, a variety of amphibians, fish, worms, and bacteria makes the unpopulated environment their home.

THE PEOPLE have moved back too.

The people who moved to Chernobyl

But now people are choosing to live in the crumbling houses on the edge of the exclusion zone.

On a warm summer’s evening, Maryna Kovalenko is playing football with her two teenage daughters in their backyard.

Iryna and Olena laugh as the family dog attempts to wrestle away the ball, scattering the startled chickens.

But out beyond the family’s back fence, all is silent and still. 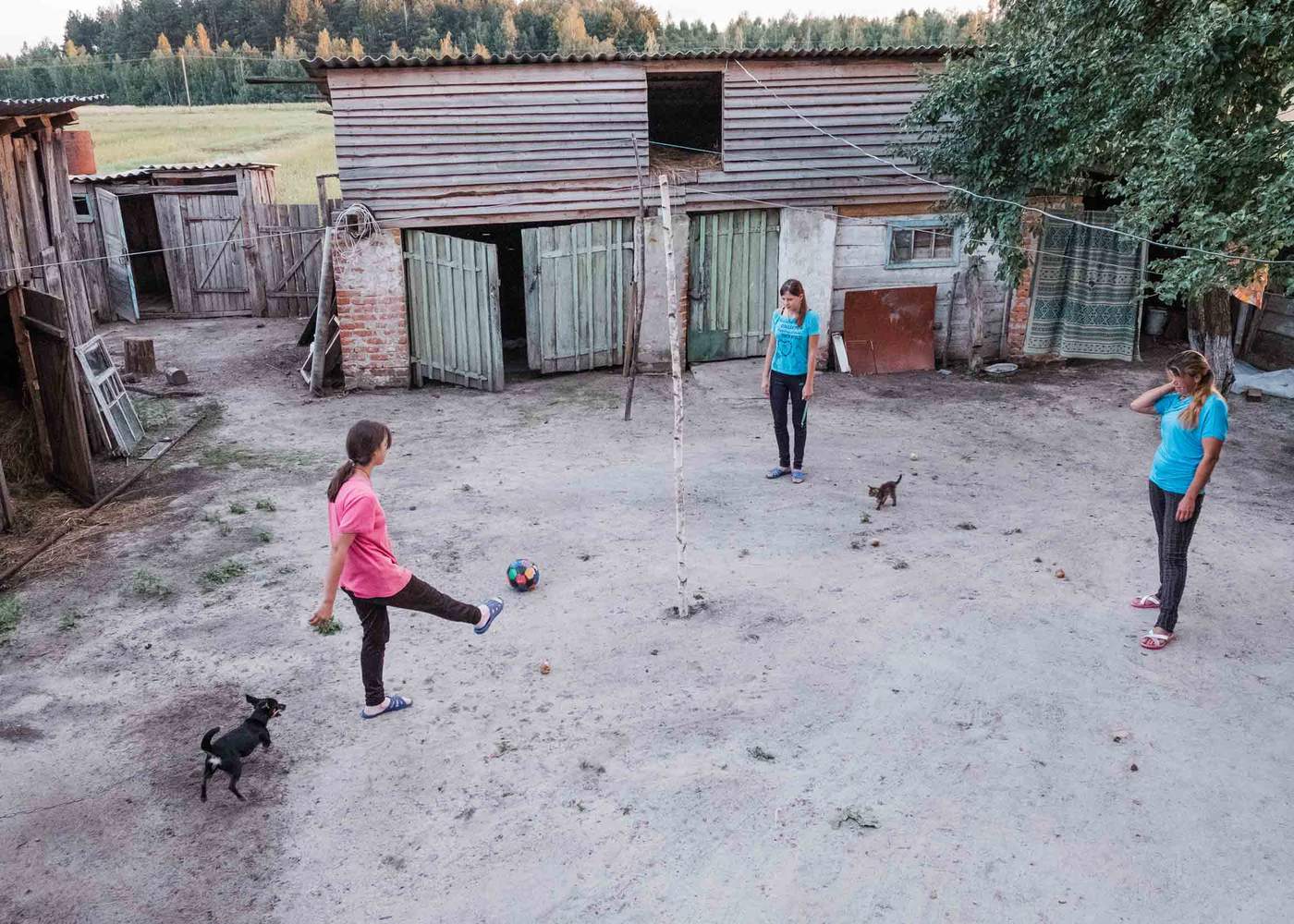 Numerous houses, a shop and a library stand vacant in the village of Steshchyna, northern Ukraine. Only the forest is gaining ground as creeping plants explore the cracks in this abandoned village.