Trump doesn’t have a plan for the environment except to degrade it. Donald Trump doesn’t have a plan for energy consumption but to push coal usage and repeal regulation that encourage the switch to alternative energy sources. Joe Biden has a TRILLION dollar plan that is good for the environment and proposes to be carbon free at some point. We need sanity. We need Joe.

The presumptive Democratic presidential nominee’s proposal aims to achieve carbon-free power generation by 2035. As the coronavirus pandemic leaves the U.S. mired in an economic crisis, Biden said he will set out to create “millions” of union jobs that pay at least $15 per hour as the U.S. overhauls its roads, bridges, trains, auto industry and broadband system.

The plan, which comes days after a joint task force formed by the Biden and Sen. Bernie Sanders campaigns outlined a climate change agenda, sets out a more ambitious approach to developing clean energy than the Biden campaign did during the Democratic primary. It calls for $2 trillion in spending over four years, more than the $1.7 trillion the campaign previously proposed to spend over a decade.

“Even if we weren’t facing a pandemic and an economic crisis, we should be making these investments anyway,” Biden said of the plan during remarks in Delaware. He called the investments “critical” for the economy and public health.

Go there and read. Read alot. More next week. 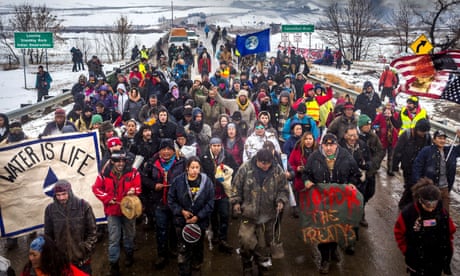 It is rare that I have a good thing to say about any religion. Seriously, the sexism, the domination of nature, and the worship of the unknowable leaves little to praise. Same for Morgan- Stanley. When they get it right, they deserve all the praise we can afford them. So:

It’s been five years since Pope Francis’ “Laudato Si,” the celebrated 225-page encyclical in which the pope called for environmental justice and fundamental social change in the face of global warming. To mark the occasion earlier this month, the Vatican urged Catholics around the world to take practical steps to fulfill this mission — including by divesting from fossil fuel-based industries. And in the U.S., 16 congregations of Dominican nuns (named for their patron saint, Saint Dominic) debuted a collaboration with Morgan Stanley to create a $130 million “climate solutions fund.”

In a press release, the bank called the fund a “first of its kind collaboration … to find investment solutions which focus on climate change and aiding marginalized communities that are disproportionately impacted by global warming.” Examples of the fund’s “holistic” approach to climate solutions could include “early stage investments in energy efficiency software” as well as “more mature opportunities like fruit producers with water-saving hydroponic irrigation systems.”

Sister Patricia Daly, a Dominican nun from a congregation in Caldwell, New Jersey, helped create the fund. The nuns began organizing the fund in 2018 after they pooled $46 million. Daly said the sisters have long wanted to invest in companies and technology that are actively working toward the United Nations sustainable development goals, which include ending poverty, improving access to clean energy, curbing climate change, and more. When they couldn’t find a fund with that focus — most sustainable investment funds do not holistically address all of those goals, according to Daly — the congregations enlisted Morgan Stanley to create a new fund themselves and set a standard for future investing.

Go there and read. Maybe donate. More next week.