Run little doggies, run for the hills, but if you are a fish you are pretty much dead.

Today (Saturday, 11/30/13) is Day 16 of the IDNR Comment Period on Fracking.  Thanks for hanging in there with us even on this holiday weekend!

Topic:  Definition of “Aquatic Life” is too narrow

Problems with this section:

Why these are problems:

Earth Day lasts a long time in Springfield. That is because one of our big events is on the Weekend. Earth Awareness Fest is Saturday so today is kind of a let down. Nonetheless, I soldier on. This is from Gather by way of PeakOil.

What is With “Happy” Earth Day?

Today is Earth Day, an observance begun in 1970 by then-Wisconsin Senator Gaylord Nelson in an attempt to spread awareness of environmental issues. It’s grown since that start to being on the calendar in 192 countries. And on its 40th anniversary, it’s beginning to take on the trappings of a greeting card holiday. The mere existence of Earth Day greeting cards available from companies that don’t focus on the environment is only part of that.

Twitter’s trending topics as I type this lists “Happy Earth Day” as the most popular worldwide. I find that strange. No, actually, I find it silly. You put the word happy in front of words and phrases like birthday, holidays, and new year. Days on which you celebrate and have a good time. Party holidays, in short. Earth Day is not a party holiday. You can throw one, sure, but I’m not sure I see the point of doing something which in and of itself is wasteful extravagance on a day meant to remind people that resources are finite. Yes, there are safer forms of paper plates and cups and potato plastic cutlery. That’s beside the point.

I’m not saying that people need to be all solemn and dark and such. It’s a day to pay respect. Respect the planet we live on. The one that keeps us alive. Acting like nothing we do has a long-term impact is the worst you can do on a day like this, or any day for that matter. Behaving as if a reminder that we are part of a system that needs to be treated with more respect than we’ve paid it as a species over the centuries is a reason to be perky and nothing more is nearly as bad. The last thing we need is to act like we only have to nod and wink at the day’s existence to be doing anything about it.

So I bid you a good Earth Day. Try to recycle that can you throw away most days. I know I should. And if you do host a gathering to discuss environmental issues, I beg you, check the labels on the throwaway products you buy for it, if any. The irony levels you keep from overloading may be your own.

Have a great weekend

It is true I thought the Gnats were gone and they were not. My neck swelled up right over my jugular vein..scarey stuff!

Can you tell the difference? 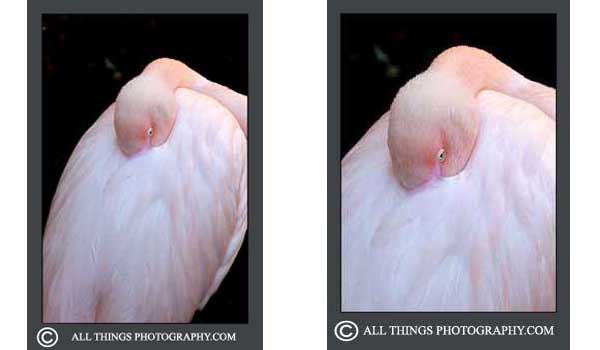 So I don’t really have an excuse for not doing the bird on Friday but sadly my partner Susan Kay has lost her way. She no longer posts so I may have to consider letting the Bird fly away. Sigh. I thought I would show the “trick” to the Hummingbird Lady as a sign off.